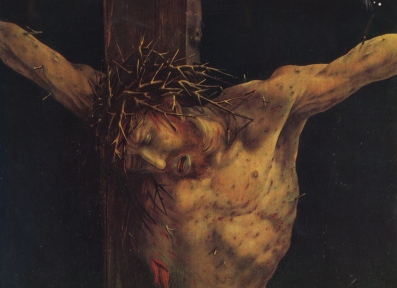 What price did Jesus pay for our salvation? He paid with everything in his being. He paid it all. From Isaiah we read:

He was despised and rejected by others;
a man of suffering[a] and acquainted with infirmity;
and as one from whom others hide their faces[b]
he was despised, and we held him of no account.

Surely he has borne our infirmities
and carried our diseases;
yet we accounted him stricken,
struck down by God, and afflicted.
But he was wounded for our transgressions,
crushed for our iniquities;
upon him was the punishment that made us whole,
and by his bruises we are healed.
All we like sheep have gone astray;
we have all turned to our own way,
and the Lord has laid on him
the iniquity of us all.

He was oppressed, and he was afflicted,
yet he did not open his mouth;

like a lamb that is led to the slaughter,
and like a sheep that before its shearers is silent,
so he did not open his mouth.   (Isaiah 53:3-8)

By his own volition, Jesus allowed himself to be crushed like grapes so that we might have new wine. He was brought before Pilate by the Jewish authorities, having been authorized by the high priest Caiaphas.

From today’s Gospel we read:

Then they took Jesus from Caiaphas to Pilate’s headquarters. It was early in the morning. They themselves did not enter the headquarters, so as to avoid ritual defilement and to be able to eat the Passover. So Pilate went out to them and said, “What accusation do you bring against this man?” They answered, “If this man were not a criminal, we would not have handed him over to you.” Pilate said to them, “Take him yourselves and judge him according to your law.” The Jews replied, “We are not permitted to put anyone to death.”   (John 18:28-31)

The authorities were asking Pilate for one of the cruelest forms of execution ever devised. But Pilate realized that they had no real case against Jesus. He was reluctant to proceed beyond a certain point:

Then Pilate took Jesus and had him flogged. And the soldiers wove a crown of thorns and put it on his head, and they dressed him in a purple robe. They kept coming up to him, saying, “Hail, King of the Jews!” and striking him on the face. Pilate went out again and said to them, “Look, I am bringing him out to you to let you know that I find no case against him.” So Jesus came out, wearing the crown of thorns and the purple robe. Pilate said to them, “Here is the man!” When the chief priests and the police saw him, they shouted, “Crucify him! Crucify him!” Pilate said to them, “Take him yourselves and crucify him; I find no case against him.” The Jews answered him, “We have a law, and according to that law he ought to die because he has claimed to be the Son of God.”   (John 19:1-7)

As we can see, Pilate did not want to do what they asked. He suspected that the charges were trumped up. That is what lying people do to cover their own iniquity. He was shocked by the demand for crucifixion:

Now when Pilate heard this, he was more afraid than ever. He entered his headquarters again and asked Jesus, “Where are you from?” But Jesus gave him no answer. Pilate therefore said to him, “Do you refuse to speak to me? Do you not know that I have power to release you, and power to crucify you?” Jesus answered him, “You would have no power over me unless it had been given you from above; therefore the one who handed me over to you is guilty of a greater sin.”   (John 19:8-11)

The courts it Jesus’ day had become rubber stamps. They were manipulated and controlled by evil people with evil intents. Has anything changed? God, the Father, allows this to corruption to expose this great evil behind it.

Yet it was the will of the Lord to crush him with pain.

When you make his life an offering for sin,
he shall see his offspring, and shall prolong his days;

through him the will of the Lord shall prosper.
Out of his anguish he shall see light;

he shall find satisfaction through his knowledge.
The righteous one, my servant, shall make many righteous,
and he shall bear their iniquities.

Therefore I will allot him a portion with the great,
and he shall divide the spoil with the strong;

because he poured out himself to death,
and was numbered with the transgressors;

So they took Jesus; and carrying the cross by himself, he went out to what is called The Place of the Skull, which in Hebrew is called Golgotha. There they crucified him, and with him two others, one on either side, with Jesus between them. Pilate also had an inscription written and put on the cross. It read, “Jesus of Nazareth, the King of the Jews.” Many of the Jews read this inscription, because the place where Jesus was crucified was near the city; and it was written in Hebrew, in Latin, and in Greek. Then the chief priests of the Jews said to Pilate, “Do not write, ‘The King of the Jews,’ but, ‘This man said, I am King of the Jews.'” Pilate answered, “What I have written I have written.”   (John 19:16-22)

The execution was carried out only because God the Father required it and only because Jesus was obedient to the Father, even to death upon a cross. This terrible execution had to be done to atone for all of our sins:

After this, when Jesus knew that all was now finished, he said (in order to fulfill the scripture), “I am thirsty.” A jar full of sour wine was standing there. So they put a sponge full of the wine on a branch of hyssop and held it to his mouth. When Jesus had received the wine, he said, “It is finished.” Then he bowed his head and gave up his spirit.   (John 19:28-30)

It was finished. The price for sin had beeb paid. The door of heaven was opened for all who would believe. Reading from Hebrews:

“This is the covenant that I will make with them
after those days, says the Lord:

I will put my laws in their hearts,
and I will write them on their minds,”

“I will remember their sins and their lawless deeds no more.”

Where there is forgiveness of these, there is no longer any offering for sin.   (Hebrews 10:16-18)

Have we looked upon the cross today? What is our response? The psalmist wrote:

All the ends of the earth shall remember and turn to the Lord,
and all the families of the nations shall bow before him.

For kingship belongs to the Lord;
he rules over the nations.

To him alone all who sleep in the earth bow down in worship;
all who go down to the dust fall before him.

My soul shall live for him;
my descendants shall serve him;
they shall be known as the Lord‘s for ever.

They shall come and make known to a people yet unborn
the saving deeds that he has done.   (Psalm 22:26-30)

Our response to the cross determines whether or not this Friday is good. Such a high price was paid. Unless we are willing to reap the benefits, Jesus died in vain for us. He was crushed for us so that we might also be set free from sin. We can no longer live for ourselves. Our confidence before the judgment seat of God cannot be based on anything that we are or can do.

Satan is still our accuser. Are we still defending ourselves? That is not what we are called by God to do. That is not our work. Jesus said:

Do not work for the food that perishes, but for the food that endures for eternal life, which the Son of Man will give you. For it is on him that God the Father has set his seal.” Then they said to him, “What must we do to perform the works of God?” Jesus answered them, “This is the work of God, that you believe in him whom he has sent.”   (John 6:27-29)

If we allow Jesus to defend us, then a whole new world is opened up to us. Reading from Hebrews:

Therefore, my friends, since we have confidence to enter the sanctuary by the blood of Jesus, by the new and living way that he opened for us through the curtain (that is, through his flesh), and since we have a great priest over the house of God, let us approach with a true heart in full assurance of faith, with our hearts sprinkled clean from an evil conscience and our bodies washed with pure water. Let us hold fast to the confession of our hope without wavering, for he who has promised is faithful. And let us consider how to provoke one another to love and good deeds, not neglecting to meet together, as is the habit of some, but encouraging one another, and all the more as you see the Day approaching.   (Hebrews 10:10-25)

Amen! Amen! It is finished. Christ has won the victory for us. We have ben set free from the power of sin. All of Satan’s accusations have been turned on himself. By the stripes of Jesus we have been made whole.